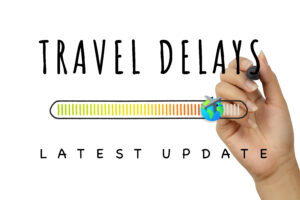 The U.S. Department of Transportation today released its Air Travel Consumer Report (ATCR) on airline operational data compiled for the month of June and for the second quarter of 2022 for on-time performance, consumer complaints received, mishandled baggage, and mishandled wheelchairs and scooters. There was a 34.9% increase in air travel service complaints from May to June, and complaints are nearly 270 percent above pre-pandemic levels.

The ATCR is designed to assist consumers with information on the quality of services provided by airlines. DOT remains committed to ensuring airline passengers are treated fairly and is concerned about recent flight cancellations and flight disruptions. The Department’s Office of Aviation Consumer Protection (OACP) is monitoring airlines’ operations to ensure that airlines are not engaging in unrealistic scheduling of flights and are complying with aviation consumer protection requirements. This includes ensuring consumers receive prompt refunds if they are no longer interested in continuing their travel when their flights are cancelled or significantly changed.

Also, last week, U.S. Transportation Secretary Pete Buttigieg sent a letter to U.S. airlines challenging airlines to improve their customer service plans and announced that the Department will create an interactive dashboard before Labor Day to make it easier for the traveling public to determine the services such as hotels and meals that would be provided to them when the cause of a cancellation or a lengthy delay was due to circumstances within the airline’s control.

DOT uses the data from the ATCR, consumer complaints, and other information it secures from the airlines to inform its enforcement activities and the adequacy of existing rules.