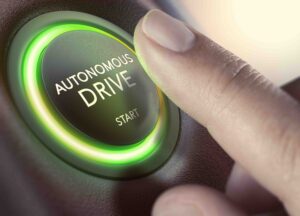 TEMPE, Ariz. — Dallas Fort Worth International Airport is taking a small step on its future-proofing journey with the testing of an autonomous tug that will haul containers from freighter aircraft to the cargo terminal.

EasyMile, a developer of software that enables existing vehicles to be automated, and cargo handling vendor Menzies Aviation on Tuesday signed a contract for a pilot program under which a robot tractor with a cart will ferry cargo between an airside warehouse and a parked freighter, John Ackerman, executive vice president for global strategy and development, revealed in an interview.

“It’s essentially a fixed loop on the cargo ramp. We’ve got it marked. It’s a very short run at first. We’ve got a safety rider onboard who’s got a big red stop button,” he said at a major air cargo conference. “So we’ve de-risked it as much as possible. We believe the technology is ready and we’re anxious to learn.”

The airport authority isn’t directly involved in the project but acted as a facilitator when Menzies expressed interest because it has aggressively committed to harness technology to cope with disruptive trends shaping society, including electrified transport, autonomous vehicles and climate change. DFW had a preexisting relationship with EasyMile from testing an autonomous bus in a remote parking lot a couple of years ago.

“The technology is not mature enough where you can put out an RFP, buy it and it will work. So we wanted to do a pilot and have our own learnings on this,” Ackerman explained.

Lawyers were able to sort out concerns about driverless vehicles moving around airplanes to get the arrangement finalized.

Potential benefits of automating cargo shuttles include less need for employees when manual labor is increasingly difficult to procure, cost savings, safety and emission reductions. The airport’s vision is to be net zero for carbon emissions by 2030, heavily aided by the procurement of large quantities of cheap wind power.

“It’s where the world’s going and we want to be ready,” he said.

Physical and digital changes to air cargo processing were featured topics on the agenda at the Cargo Network Services event, which attracted more than 700 industry stakeholders.

EasyMile in March began a use-case study of its TractEasy driverless, electric tow tractor at Daimler AG’s truck assembly plant in Wörth, Germany. The autonomous guided vehicle is moving production parts at 6 mph from a storage area to the assembly line on a two-thirds-mile indoor/outdoor route.

EasyMile’s software is integrated into the company’s warehouse management system so operations can be monitored and controlled remotely, allowing material to be moved at any time of day.

More than 20 tugbots have been deployed around the world, both on industrial sites as well as airports including Amsterdam’s Schiphol Airport, Tokyo’s Narita International Airport and Singapore’s Changi Airport, according to EasyMile.

Schiphol Airport is also purchasing so-called TaxiBots to move aircraft between the gate and the runway instead of using jetpower.

The company’s investors include tier one auto supplier Continental and transportation manufacturer Alstom.