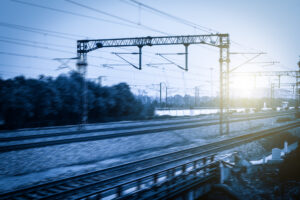 The German parliament has voted in favour of reducing electricity prices for railways to 13 cents per kWh. This is a significant reduction of what the industry pays now, according to Conor Feighan from the European Rail Freight Association (ERFA).

The support measure still needs to be approved by the European Commission, but if it is implemented, it will apply for up to 90 per cent of historical or forecast demand. “This will give certainty to railway companies in negotiating prices with their customers. Now they can plan for the future”, the industry advocate said during a recently held webinar from RailFreight.com.

Like many sectors of the European economy, the railway sector has been hit extremely hard by increasing electricity costs arising out of the Russian invasion of Ukraine. In some cases, the cost of electricity has increased by up to 1000 per cent. ERFA has played an important role over the past year in raising the need for support on electricity prices.

The step taken by the German government will hopefully create a domino effect in the EU, Feighan continued. “The approach by the member states varies from doing very little, to making the situation worse, by supporting diesel prices. There are also countries that have provided some level of support, such as Spain, which kept the prices of electricity at the 2021 level.”

The reason for the difference in approach is money, he explains. “The gap needs to be filled by the member states, and not each member state is equally able to do this. Some are also more exposed to the effects of the war, or less reliant on supply of energy sources from Russia.

Image by evening_tao on Freepik