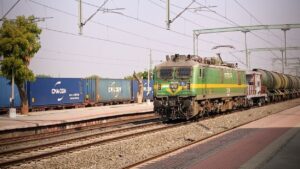 India is blessed with over 7500 km long coastline along the Indian Ocean region. India is the host to one of the world’s most important trade crossings —connecting the Far East with Europe. Nearly 50% of the world maritime trade, 50% of container traffic and 70% of trade in energy sails through the Indian Ocean region. This region is the epicentre of economic activity, and India is strategically placed at the very centre of this network.

India’s major and small ports and shipping sector is a key driver of trade for India moving more than 90% of our international cargo volume, the importance of maritime transport for India’s economic development cannot be over-emphasized.

Covid-19 had put the world in a major humanitarian crisis and had ravaged the foundations of a globalised economy. Almost every country had been impacted by this virus. This pandemic had led to deep supply and demand shocks, thereby disrupting international trade, and imposing severe economic pain. With such a macroeconomic scenario, hard decisions taken by India’s Central and state governments and market regulators have helped to some extent mitigate the pandemic’s economic fallout.

To reduce the logistics cost for EXIM and domestic trade and boost India’s export competitiveness, the Government of India instituted the Sagarmala Programme in 2015. As part of the programme, more than 574 infrastructure projects have been identified for implementation across the areas of port modernization, new port development and port-linked industrialization. The Government of India has also granted ‘infrastructure status’ to logistics and ports sub-sectors.

The government of India is taking all measures to realize the vision of making India a global manufacturing and trade hub.