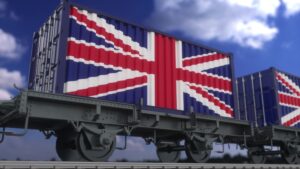 The railways of Great Britain face new uncertainty with the appointment of yet another Chancellor of the Exchequer. Jeremy Hunt, put into place only last week by Liz Truss, has nevertheless set about dismantling much of the new prime minister’s economic policy. He has already warned that difficult times are ahead and that almost certainly means a cutback in public spending. With no clear plan for investment in the railways, there are fears that major projects may be postponed or even cancelled.

The economic train wreck of outgoing chancellor Kwasi Kwarteng’s budget, which saw the pound almost touch parity with the US dollar for the first time in history, forced a rethink at Downing Street. Mr Kwarteng arrived back in London to find the locks changed and himself out of a job. Now, with a radically different chancellor in place, there are fears that many in the railways may find themselves in a similar position.

Jeremy Hunt has already said that spending cuts are almost inevitable, along with rises in taxation. With the government already hugely committed to existing spending plans, including the legacy of support from the pandemic and new support promised to combat the energy and cost of living crisis, there are worries that other plans, even flagship policies, will be at risk.

Industry sources have already frequently complained that a coherent strategy for the railways has yet to be formally approved. Despite the extensive Williams-Shapps report and the Integrated Railway Plan, the industry says that the most influential document of all, the Railway Network Enhancement Programme (RNEP), which should be updated annually, is now three years late and appears to have been forgotten.

Flagship policies at half mast

With a reputation for adhering to the ideals of the ruling Conservative party, of minimising intervention and public spending, political commentators are expecting that the first pen in this pocket to run out of ink will be the red one.

However, opinion is divided on where the axe will fall and if it will fall on the railways. Despite recent criticism of the most prominent of all the flagship policies, the HS2 high-speed railway project, few people believe it will be cut. The price tag for the London to Birmingham railway, which has been estimated by critics at over 150 billion pounds, makes it a potential big hit for the chancellor.

Hunt to meet his match at DfT

As a highly experienced cabinet minister, Hunt is expected to get his own way most of the time. So far, all the media interviews in which he has participated have concentrated on headline policy. He has so far avoided comment on the cringingly embarrassing public performance of the prime minister and ignored invitations to comment on his predecessor.

However, it is a different matter in dealing with the new transport minister, Anne-Marie Trevelyan. Here, he faces an equally competent politician. Despite the budget of the Department for Transport, Hunt’s insistence that all government departments will have to find economies will not fall on deaf ears at 33 Horseferry Road, but he may well have to shout louder to be heard through its heavy oak doors.