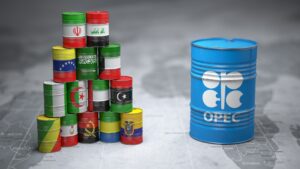 OPEC is likely to maintain its view world oil demand will rise for another decade, longer than many other forecasters predict, in a forthcoming major report, despite the growing role of renewables and electric cars, two OPEC sources said.

The Organization of the Petroleum Exporting Countries is scheduled to update its long-term oil demand forecasts in its 2022 World Oil Outlook on Oct. 31. The 2021 version sees oil demand reaching a plateau after 2035.

Another decade or more of oil demand growth would be a boost for producers and OPEC, whose 13 members depend on oil income, and would justify continued investment in new supplies. Consumers and governments urging efforts to curb oil use to combat climate change would be less happy.

OPEC made a shift in 2020 when the pandemic hit demand, saying it would eventually slow after years of predicting ever-increasing consumption. The latest update is likely to keep OPEC among the more bullish forecasters of oil demand.

“It is similar to last year in terms of the demand outlook,” one of the OPEC sources said on condition of anonymity. The second source said OPEC has not brought forward its timeline for when plateau demand is forecast.

Other predictions see oil demand peaking earlier. TotalEngergies has forecast this will take place before 2030.

The International Energy Agency on Thursday for the first time in its history of modeling said demand for all fossil fuels was set to peak, with oil demand leveling off in the middle of the next decade.

OPEC’s Vienna headquarters declined to answer questions ahead of the publication’s launch on Monday in Abu Dhabi that will be attended by OPEC Secretary General Haitham Al Ghais and other OPEC officials.

Another OPEC source said Russia’s invasion of Ukraine – which has sent oil and gas prices soaring and led to an energy crisis – could boost oil demand in the near term due to fuel switching, as could the ongoing recovery from the pandemic.

“It is expected that oil and gas will remain as the dominant fuels in the world’s energy mix until the middle of the century,” this source said.

The group steadily lowered the 2045 projection over the last few years, citing changes to consumer behavior brought about by the pandemic and competition from electric cars.

By contrast, this year OPEC is expected to increase the 2045 demand forecast, two sources said.

Two former OPEC officials, however, cited longer-term trends that will weigh on demand.

“Even oil-producing countries are interested in electrification because of pollution,” said Hasan Qabazard, OPEC’s head of research from 2006 to 2013, and a Kuwaiti. “In Kuwait, people are starting to buy electric cars.”

Qabazard last year said demand could peak within a decade but maybe later and maintains that view.

A former OPEC minister said the longer-term implications of the Ukraine war could encourage the shift towards renewables.

“The war in Ukraine has changed Europe and the United States’ reliance on Russia’s oil and gas,” said Chakib Khelil, a former Algerian oil minister and OPEC president. “Europe will rely more and more on renewable energy in the future and less on oil and gas from Russia.”

He added that it was “highly probable” demand could plateau earlier than expected in the current OPEC forecast.