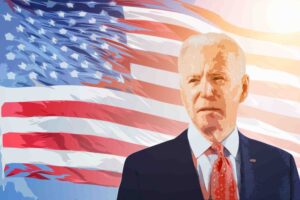 President Joe Biden’s decision to publicly call out foreign liners last week as one of the main sources of the severe inflation in the US has earned a swift rebuke from analysts and the industry.

Biden was at the Port of Los Angeles last week where he took aim at the global liners who have enjoyed record-breaking profits during the pandemic, in remarks that have since been decried for inaccuracy and jingoism.

Biden told a news conference at the port on Friday that the nine global liners, who operate three consortia, had raised their prices by as much as 1,000% during the pandemic.

“That’s why I called on Congress to crack down on — and they’re foreign owned — foreign-owned shipping companies that raise their prices while raking in, just last year, $190bn in profit — a seven-fold increase in one year,” Biden said in remarks that hinted at an oligopoly situation in container shipping.

Biden’s remarks came just days after another plank of government, the Federal Maritime Commission (FMC), the US state regulator, had ruled that there has been no box carrier price collusion, following an extensive two-year review.

Analysts at box consultancy Sea Intelligence wrote in their latest weekly report: “Carriers make the perfect target when there is a need to blame someone for the current problems – especially when they are ‘foreign’. But the true solution lies in policies improving inland issues.”

Commenting via LinkedIn, Lars Jensen, CEO of liner consultancy Vespucci Maritime, stated: “It is worrying when people in positions of power display a disconnect between hard data and their own rhetoric – simply because if you end up making policy based on erroneous data you are highly likely to make a bad situation even worse.”

Jensen pointed out that in addition to the nine carriers Biden mentioned there were another 13 carriers who have provided transpacific services this year. These 13 carriers have made up approximately 30% of the calls from Asia to the US west coast in the year to date.

Leaving a comment on this site, liner veteran Arjun Vikram-Singh, who now heads up container consultancy QuantumBSO, told Biden: “This crisis is of your making, sir – your ports, infrastructure, policy, and demand. Grandstanding and vilifying the carriers who literally feed America is not going to make it better. Governance will.”

America’s ailing infrastructure and limited working hours compared to peers in Asia has long been cited by carriers and analysts alike in creating the container logjam seen through the pandemic where too many boxes have spent too long on US shores.

Also giving his thoughts on the matter was Barry Parker, a veteran New York-based maritime writer and president of bdp1 Consulting, who left a comment urging the global carriers to up their “noise-making” to get their message more effectively across to the White House as the cargo side seemed to be winning the lobbying battle.