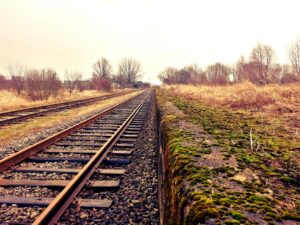 ‘Too soon to scrap away broad gauge tracks’, says Latvia

The decision of EU transport ministers that all EU member states should devise a plan to adopt the 1435mm railway gauge by 2025-2026 keeps finding resistance in the Baltic states. The recently appointed Latvian transport minister Jānis Vitenbergs clarified that the transition could not occur without the EU’s co-financing and that the timing is not right to scrap away 1524mm gauge tracks entirely.

The European Commission proposed last summer that all new rail connections to be built as part of the European transport network (TEN-T) should conform to the European standard rail gauge. A few months later, specifically on 5 December, a meeting of the EU transport ministers mandated that every member state of the European Union will need to have a transformation plan to adopt the 1435mm railway gauge by 2025-2026.

Latvia responded to the deadline by saying it would need the EU’s help. The former Latvian minister of transport, Talis Linkaits, highlighted the role of the TEN-T project in ensuring the proper investments in missing sections of the network but stressed the importance of receiving help from other member states. “We see that the available funding from EU funds is not sufficient to achieve the ambitious environmental goals and transport network infrastructure requirements”, he mentioned.

Recently, the new Latvian transport minister Jānis Vitenbergs added more to the discourse. According to the Latvian Baltic News Network (BNN), apart from demanding substantial financial support from the EU to proceed with the plans, he also stressed that liquidating 1524mm gauge tracks could prove more problematic than beneficial.

As a Baltic country, Latvia, along with Lithuania and Estonia, has been using primarily broad gauge lines. This type of rail infrastructure has been in place since the Soviet Union’s times and has been used afterwards since trade routes and links between the Baltic states and Belarus and Russia continued comprising probably the largest part of the region’s economies.

“The decision to integrate into the European railway network was made more than ten years ago when we decided to implement the Rail Baltica project, as it involves the use of EU standard railway gauge,” commented Vitenbergs to BNN.

He stressed that a complete transition into the European railway gauge could cost billions and that the Latvian economy could not support it. “Paying that from the state budget is practically impossible,” he underlined, also mentioning that there is no clear communication from the EU on how it could co-finance the project.

Too soon for no broad gauge?

On top of that, Vitenbergs was straightforward about the future of 1524mm lines in Latvia. Even if the country fully adopted the European gauge, liquidating the old broad gauge lines would be a no-go for the minister, at least for now.

He provided a pretty convincing explanation for that: “It is too soon to speak of scrapping away the old lines because Ukraine uses the same gauge. I believe the war in Ukraine will end, and we may have a significant role in restoring the country. Our seaports and railway can be used to transport construction materials and many other goods to Ukraine,” he told BNN.