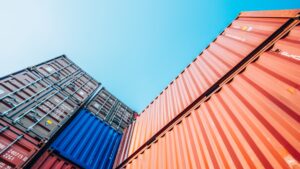 The container market may be softening, but long-term freight rates are still through the roof.

Xeneta said this demonstrates that uneven demand and ongoing supply chain issues will help the world’s leading carriers to another bumper year of profits despite recent softening in spot rates.

The big question now is for how long?

Industry veteran John McCown estimates that the top 11 ocean carriers will see profits reach $256 billion this year, a huge uptick from last year’s record-shattering $148 billion net income. Xeneta agrees 2022 is shaping up to be even better than 2021.

“There’s no doubt the major carriers have had it their way in negotiations for some time,” said Patrik Berglund, Xeneta CEO. “The spectacular results they saw in 2021 will no doubt be repeated, and even bettered, this year, as seen by the huge profits that defined many Q2 financial reports. But there is a sense that change is in the air,” he said.

“Volumes are dropping and, as expected, long-term rates are beginning to follow the trend set by the spot market. When you add in an uncertain macroeconomic outlook, continuing supply chain issues – such as the industrial action we’ve seen occurring, or threatened, in major ports in Germany, UK, and the US – and disruption in China due to the zero-COVID policy, it’s an unpleasant cocktail for the industry to swallow,” Berglund added.

According to Xeneta, all major indicators across all key routes are still “resolutely pointing upwards” for carriers.

Its European import benchmark grew by 2% month-on-month making for an 82.6% increase compared to August 2021. August exports climbed even higher—up 7.3% from July. Exports out of the far East showed a 2.7% rise across August and have now climbed by 90% this year alone.

The curve in imports has not been so precipitous in 2022—climbing by a more modest 40.4% this calendar year—but August saw a strong 4.3% rates rise.

The shift in volumes from the U.S. West Coast to the U.S. East Coast makes for an “interesting market,” says Berglund, as issues have merely shifted but not been resolved.

“Carriers and shippers looking to avoid West Coast port congestion moved East and, lo and behold, the congestion issues shifted coasts too,” said Berglund. “We now have a situation where schedule reliability is improving in the West, while container rates fall, whereas the opposite is true of the East. However, do stakeholders want to risk moving back West, especially when unresolved union talks may threaten any perceived benefits? It’ll be another case of watch this space.”

Looking at August indicators in the U.S. market, both import and export indicators climbed, with imports up 6% making for a huge 183.2% year-on-year increase, while exports rose 7.1%, or 42.5% higher than August 2021.

On the other hand, Drewry’s latest composite World Container Index reading showed spot rates declined 4% this week, making for the 26th consecutive weekly decrease. The index is now 39% below where it was the same week last year.